During 1977 it was decided that the Gillespie Church, which had been closed down some years earlier as a result of merging local congregations, should be converted into a Community Centre serving Biggar and the surrounding area. Cameron McKenzie, the then Minister of Biggar Kirk, took on the role of masterminding the project. Sufficient money was raised by the community, grants, donations and fundraising activities and the Gillespie Centre was opened in 1982 as “The Church Serving the Community” and this strapline is in use to the present day.

The cornerstone of the Centre was and is the Coffee Shop, where volunteers serve locals and visitors alike and also halls and meeting facilities available for rent by local organizations. For 20 years the activity was run successfully by Biggar Kirk, but it became obvious early in the new decade that modernization would have to take place and the building would require to undergo a major upgrade to make it  user-friendly and to maintain its compliance with ever-changing rules and regulations.

Accordingly additional funding was sought giving rise to the Gillespie Centre Association and a slightly changed, more formal relationship with Biggar Kirk. As they had done some 25 years earlier, the community within the Biggar area once again proved their generosity.  Major funding partners were found and the refurbishment project was completed in the middle of 2007 and the “new” Gillespie Centre opened its doors again for the community.

The Gillespie Association in partnership with Biggar Kirk as the sign at the front indicates had for many years been ‘serving the community’ with the provision of a Café and Hall lettings to groups and individuals and so much more in terms of a place to meet, volunteering opportunities and so much more. Biggar Kirk owns the building and created the Gillespie Centre and had always been in partnership with the Association and has been supportive of its aims from the beginning of operation.

In April 2017, the Trustees of the Gillespie Centre Association asked that Biggar Kirk Session consider taking back the management of the Centre in order that it could remain open for the benefit of the community.  This proposal was considered by Rev Mike Fucella and the Kirk Session during May 2017, resulting in a unanimous decision to respond positivelyto the Trustees of the Gillespie Association. In order to take things, forward a Steering Group was appointed to undertake the initial work required to facilitate the handover of the Gillespie Centre to Biggar Kirk. The OSCR application submitted by Gillespie Association was approved during August 2017 and at a meeting the same evening Biggar Kirk Session approved the draft Business Plan and on 1 October the baton was passed back to Biggar Kirk to take responsibility for ‘serving the community’ in this building. This was the start of a new era of challenges and opportunities for Biggar Kirk to ‘serve the community’.

Biggar is a town and former Burgh in South Lanarkshire, Scotland. It is situated in the Southern Uplands, near the River Clyde, on the A702. The closest towns are Lanark and Peebles, and as such Biggar serves a wide rural area. The population of the town at the 2011 census was 2,294, although by the mid-2014 estimate it had grown to 2,320 though it is estimated that this has grown in recent years.  Biggar is a small, vibrant market town with a thriving community with a diverse range of activities on offer and a number of small individual shops which help to retain the character of the town. The majority of the prominent buildings in the town are Victorian. 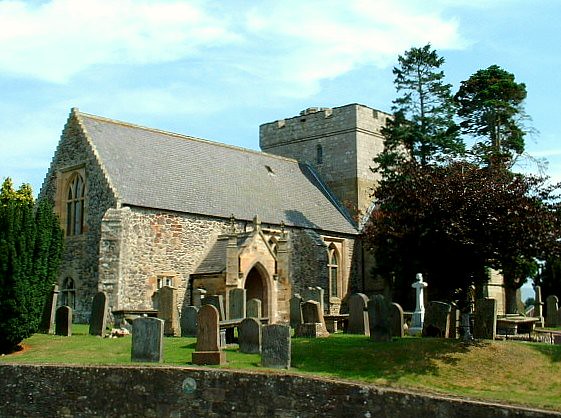 Our church is part of the Reformed Presbyterian tradition but we welcome believers of every denomination to our services.  Our congregation is made up of worshippers from all walks of life and from various traditions, but we come together to worship and to serve God.

You are most welcome in Biggar Kirk, whether as a visitor to the town or as a new resident to the area. It is our hope that you will be a frequent visitor or become part of our church family.

There has been a place of worship on this site stretching back into the mists of time when early Celtic Saints brought the Gospel into this part of Clydesdale. The first stone built church, dedicated to St Nicholas, is recorded as being in existence as early as the 12th Century and, in the vestibule of this building, hangs a list of ministers from Pastor Robert of Biggar in 1164, down to our current minister Rev Michael Fucella.

The church interior that you see today is the result of the restoration of 1935 when the plaster was stripped away to reveal the rubble work below.  This was done in the mistaken belief that this is how the church would have looked when it was built, but it is nevertheless pleasing.  Most of the furnishings, including the communion table, pews, pulpit, lectern, etc., date from this period.  The architect was Latto Morrison who is commemorated in the west window.  Some interesting items from the earlier church were uncovered at this time including the piscina which was found embedded upside down in a wall under the plaster and can now be seen in the South wall of the Chancel.

The church has a total of 13 stained glass windows, the earliest dating from 1870 and the most recent, installed in 1991, by local stained glass artist, Crear McCartney, which depicts the Times and Seasons and is the only non-figurative window in the church.

Sunday services begin at 11.15 am and Sunday Club for the younger folks and also Youth Fellowship.  Coffee is served after Church in St. Mary’s Hall in Northback Road.  A warm welcome to all visitors and our regular Church Family when we re-open after lockdown. In interim please join us for Sunday worship on Biggar Kirk & Blackmount Parish Church You Tube Channel.